It's been so long, I practically forgot what I used to tell you all ...

It's three days before the new year. I enjoy looking back and looking forward. When I found out about Janus, I was quite pleased there was a God who did the same. 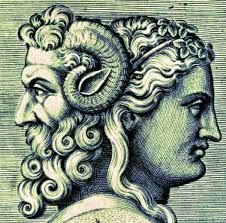 When I shared with my husband, he said "doesn't that mean he was two-faced?" But no, Janus isn't about talking behind someone's back. He is, according to Wikipedia, "the god of beginnings, gates, transitions, time, duality, doorways, passages, and endings. Usually depicted as having two faces. he looks to the future and to the past."

This is why I love January, the month named after the god who presides over beginnings and endings.

Personally, I am saying goodbye to some things, and I am saying hello to some others. Thus, I am very optimistic about the coming year.

I hope you are too.


Posted by Martha Silano at 4:43 PM No comments:

At long last, I have a website, and here's the address marthasilano.net. Here you will find all sorts of info about my books, plus links to poems and upcoming readings/classes. Check it out!
Posted by Martha Silano at 6:59 PM 2 comments:

Free Copies of Reckless Lovely: Get 'Em While They're Hot!

First three people to follow me on Twitter will receive a free copy of Reckless Lovely, including FREE shipping/postage. No strings attached. Happy spring! 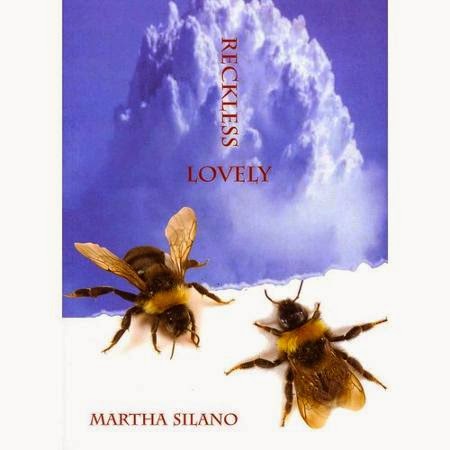 Posted by Martha Silano at 12:03 PM No comments:

Behind the Scenes with "Song of Weights and Measurements"

So, this week Poetry published one of my poems.

One of my favorite parts about completing a poem is going back and having a gander at the handwritten first drafts.

Call me a weirdo, but I enjoy seeing just how awful my early drafts often (always!) are. Also, I like seeing how a poem evolves, (in most cases, but not always) improves, with research, with fiddling, with reading aloud, with seemingly endless tinkering.

We, my family and I, were on an early morning commuter train. Over the river and through the woods to grandmother's house we go? Nope,  more like through the Rainier Valley to SeaTac, to a condo in Florida.

Suitcases stacked by the closing doors. Kids running around to find the best seat, and me, with this crazy notion to begin a poem. 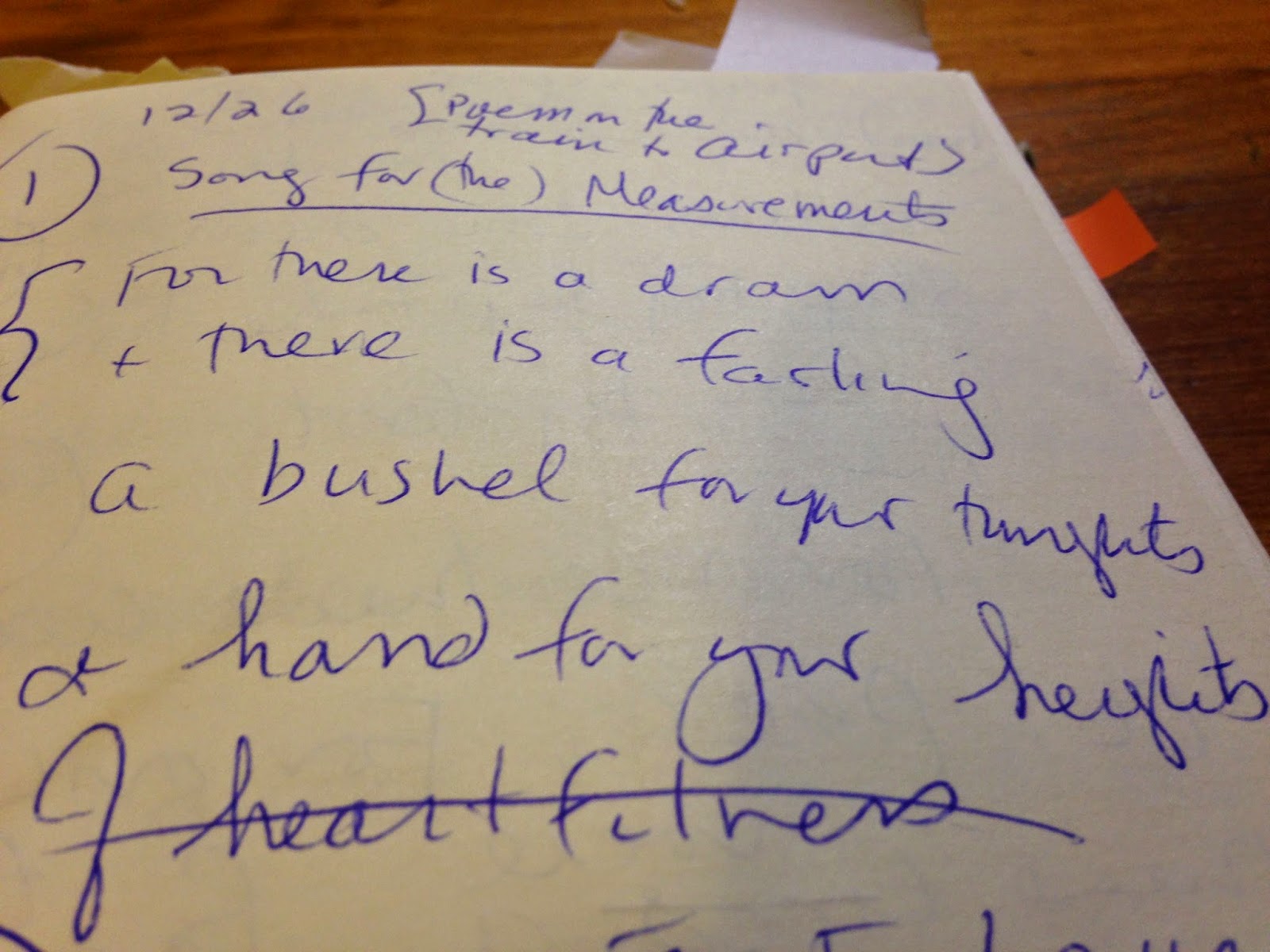 My favorite thing about this page? How I had the good sense to cross out of heartfulness ~ right away, and seemingly without hesitation. 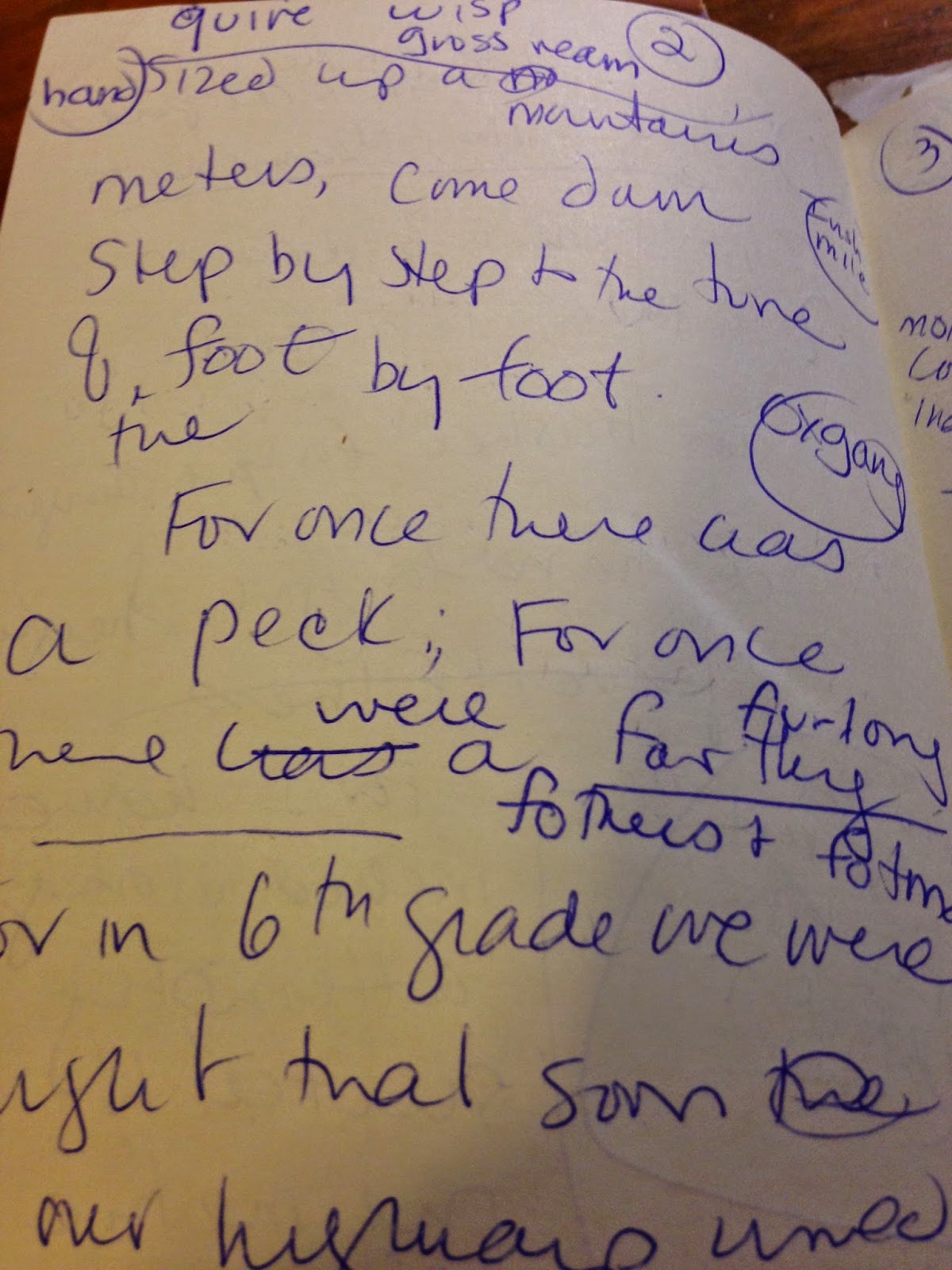 It was very meandering, very much about letting the poem go where it wanted. I always try to put my critic to bed during this stage. Glad to see I decided to cut the part about 6th grade, aren't cha? 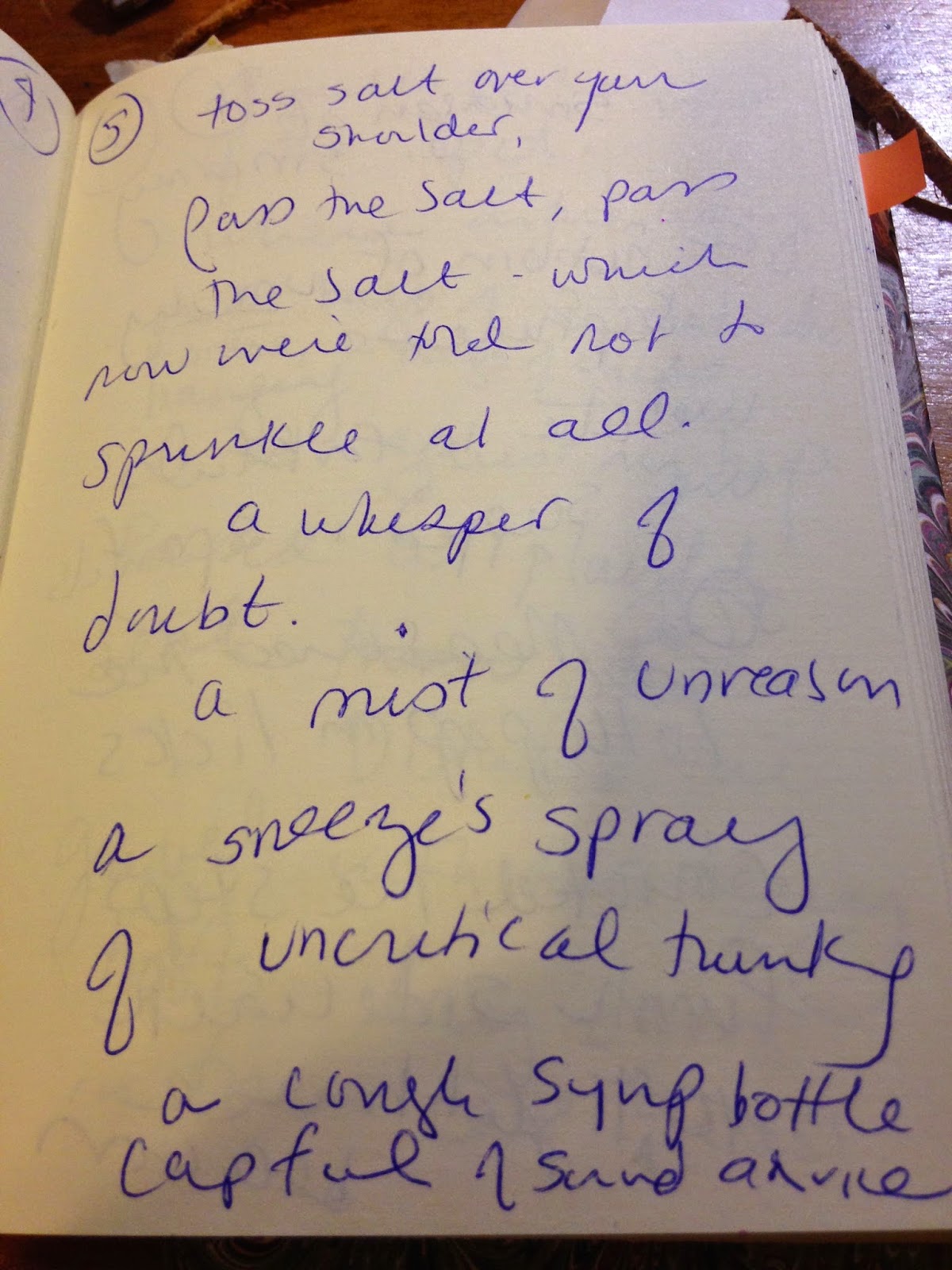 The cough syrup bottle makes an appearance! But wad-ho, what a mess with its capful of sound advice! 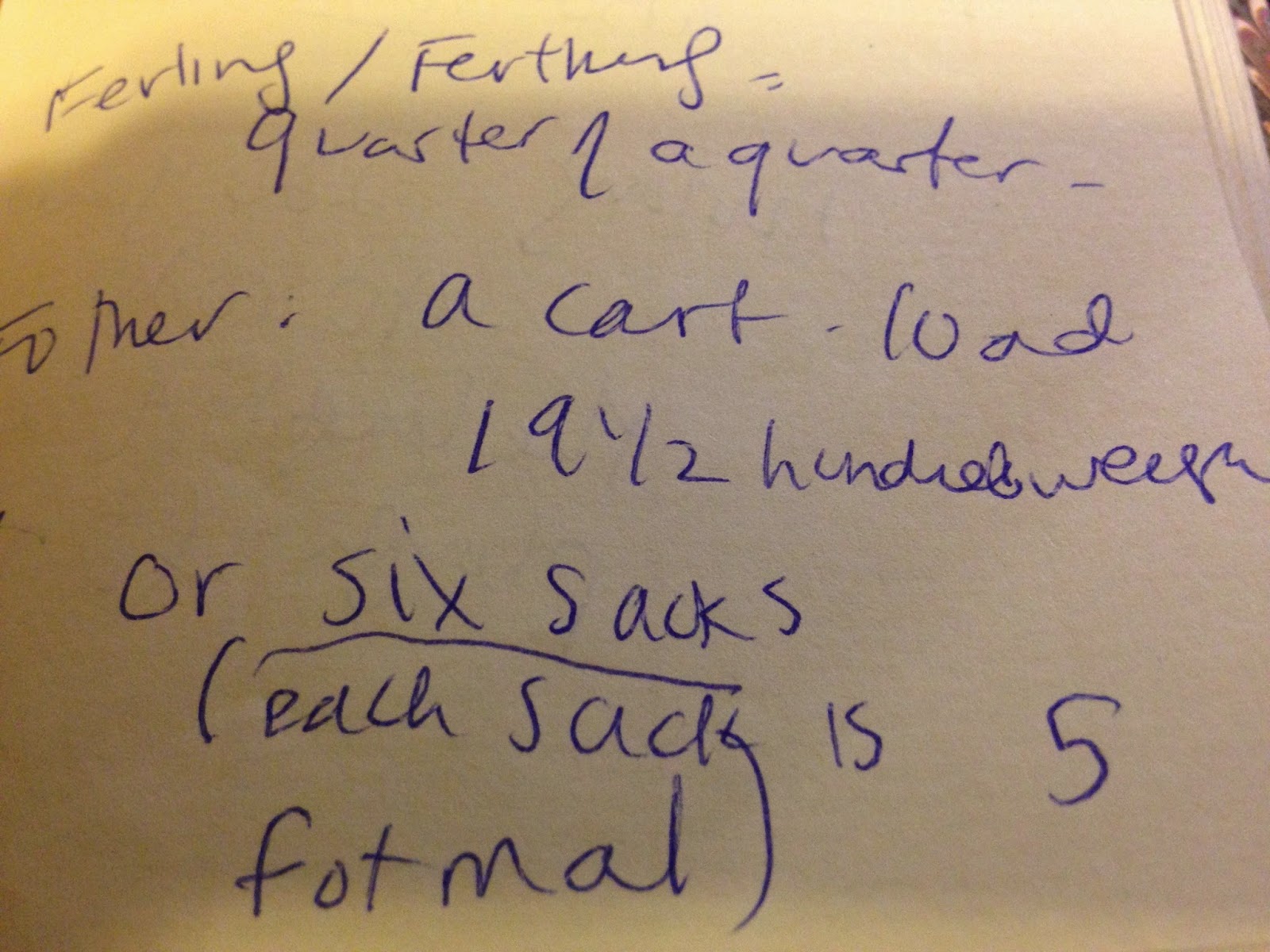 We arrived in Florida, played in the sun/sand for a few days, and then my hubby agreed to take the kids to the pool while I spent some time by myself in the hotel room doing research. Who knew that six sacks was 5 fotmat?!

On January 29, I moved from notebook to laptop, working on this poem for six weeks before sending it to Poetry in February 2014. Three months passed, and then, in mid-May, I received an email from Don Share. He wanted to accept "Song of Weights and Measurements," but he was hesitant. He felt it took a slightly wrong turn near its close.

It took a few days to approach this delicate situation of having to go back in and operate. After two days of dancing around it, asking friends for advice, wringing my hands, I began fiddling.

I was sitting at a table at my local public library, having switched out a few lines. I wasn't sure I'd fixed it quite exactly, so I sent it to Don for his take. I heard back in less than five minutes. I'll take it.

Tears streaming down my face, I walked quickly out of the library ... so I could let out a squeal without disturbing the other patrons.

I had never believed it would happen. Who ever does? I just kept trying to write the best poems I knew how to write, keeping this quote by Paula Modersohn-Becker in mind:

One does as best as one can, and then one goes to sleep.
And that is how one day it comes apparent that one has achieved something.

Review of Reckless Lovely in the Los Angeles Review

A hearty shout-out to Maggie Trapp for her generous review of Reckless Lovely, which just went live at The Los Angeles Review blog. 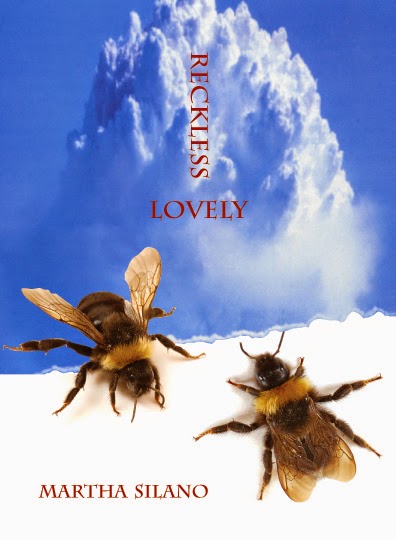 Coming Your Way: The Almost-Saints!

Trains are flying by, and so are the shopping days until Christmas! One week from tonight, I'll be reading with Susanne Paola, Annette Spaulding-Convy, and Lorraine Healy at Elliott Bay Books in Seattle from St. Peters' B-List: Contemporary Poems Inspired by the Saints, edited by Mary Ann Miller and published by Ave Maria Press earlier this year.

There are many decisions regarding where to hang out and/or spend your $$ for gifts this holiday season, but what better place than your local independent bookstore, Elliott Bay Books? There's a cafe in-store with delish yummies and drinks, plus tons of books to browse, and many cozy chairs.

Also, for all you lapsed and practicing Catholics, you know what December 8 is! Yes, it's the Feast Day of the Immaculate Conception, which makes it an especially perfect night for pious poetry with more than a hint of the fallen.

Posted by Martha Silano at 2:19 PM No comments: 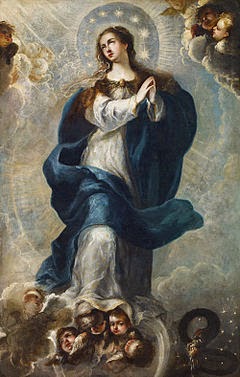 Just in time for the Feast of the Immaculate Conception, I will be emceeing and reading with Lorraine Healy, Suzanne Paola, and Annette Spauling-Convy from St. Peter's B-List, Contemporary Poems Inspired by the Saints, a spirited and compelling poetry anthology edited by Mary Ann B. Miller and published by Ave Maria Press earlier this year.

As the title suggests, this collection focuses on contemporary responses to saints, from the well-known variety to the obscure. Speaking of  obscure, Alice Friman's contribution, "Seeing the Sights," tells of  a holy woman named Vilgefortis, Saint Starosta, aka the bearded saint:
There she is
nailed to her five-o'clock shadow. / No weeping mother. No deposition. / No miracle in the tomb. She dangles / in her side-show getup, beyond tweezers / or depilatories, electrolysis or laser, /
forty bucks a shot. Grind golden scissors, / strop a magic blade. It will do not good. This is God's hair, tough as wire, / inspired as twisted nails.

Poems by Edward Hirsch, Dana Gioia, Brian Doyle, Erika Meitner, Martin Espada, Jim Daniels, Franz Wright, Mary Karr, Kelli Russell-Agodon, Susan Blackwell Ramsey, Rebecca Lauren, Sarah J. Sloat, C. Dale Young, J. D. Schraffenberger, and many other fine poets grace these pages with tales of the forlorn to the fabulous. One of my favorites, "Shopping for Miracles: Lourdes, 1979," by Alan Bereka, gets to the root of why this is my kind of saint anthology:

I returned  to the States with a glass flask
filled with holy water which I gave
to my mother ... she remained
bedridden and continued to say the rosary
through her pain every day until this died.

In a similar fashion, Kelli Russell Agodon's speaker, in "Being Called Back," welcomes both the priest and the medic:

I know the priest would come,
offer everlasting life and pray
over my body, but I'm betting

on the medic, the EMT, the blonde girl
who works weekends at the fire station
to keep her daughter in private school.

That this book would include poems so utterly doubting the power of faith is testament to its democratic approach, an admirable quality in a book that could have ended up being one-sided, preachy, dogmatic: too damn devout for its own good. Maybe it's that the editor knows there are saints in our malls and parking lots, staying up for us in fire stations, picking up our trash. They may never be recognized by the Catholic Church, and yet no one questions their ability to save us.

If you live in the area and want a taste of the thought-provoking poems that await you, come down to Elliott Bay Books in Seattle on December 8, at 7 pm, and listen to four contributors read their own work as well as their favorites from the book. 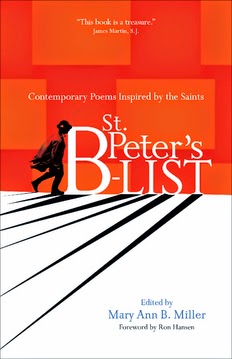 Posted by Martha Silano at 1:13 PM No comments: