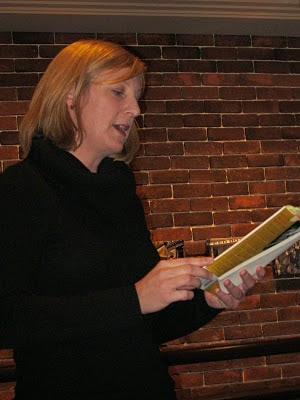 Today I turn thirteen and quit the 4-H club for good.
I smoke way too much pot for that shit.
Besides, Mama lost the rabbit and both legs
from the hip down in Vegas.
What am I supposed to do? Pretend to have a rabbit?
Bring an empty cage to the fair and say,
His name's REO Speedwagon and he weighs eight pounds?
My teacher, Mr. Ortiz says, I'll miss you, Cassie,
then he gives me a dime of free crank and we have sex.
I do up the crank with Mama and her boyfriend, Rick.
She throws me the keys to her wheelchair and says,
Baby, go get us a chicken bucket.
So I go and get us a chicken bucket.
On the way back to the trailer, I stop at Hardy's liquor store.
I don't want to look like a dork
carrying a chicken bucket into the store—
and even though Mama always says
Never leave chicken where someone could steal it—
I wrap my jacket around it and hide it
under the wheelchair in the parking lot.
I've got a fake ID says my name's Sherry and I'm 22,
so I pick up a gallon of Montezuma Tequila,
a box of Whip-Its and four pornos.
Mama says, That Jerry Butler's got a real wide dick.
But the whole time I'm in line, I'm thinking,
Please God let the chicken bucket be OK.
Please God let the chicken bucket be OK.
Please God let the chicken bucket be OK.
The guy behind me's wearing a T-shirt
that says, Mustache Rides 10¢.
So I say, All I got's a nickel.
He says, You're cute,
so we go out to his van and have sex.
His dick's OK, but I've seen wider.
We drink most of the tequila and I ask him,
Want a Whip-It?
He says, Fuck no—that shit rots your brain.
And when he says that, I feel kind of stupid
doing another one. But then I remember
what mama always told me:
Baby be your own person.
Well fuck yes.
So I do another Whip-It,
all by myself and it is great.
Suddenly it hits me—Oh shit! the chicken bucket!
Sure enough, it's gone.
Mama's going to kill me.
Those motherfuckers even took my jacket.
I can't buy a new chicken bucket
because I spent all the money at Hardy's.
So I go back to the trailer, crouch outside
behind a bush, do all the Whip-Its,
puke on myself, roll in the dirt,
and throw open the screen door like a big empty wind.
Mama! Some Mexicans jumped me!
They got the chicken bucket,
plus the rest of the money!

I look around the trailer.
Someone's taken all my old stuffed animals
and Barbies and torn them to pieces.
Fluff and arms and heads are all over the place.
I say someone did it,
but the only person around is Rick.
Mama is nowhere to be seen.
He cracks open another beer and says,
What chicken bucket?

Well, that was a long a time ago.
Rick and I got married
and we live in a trailer in Boron.
We don't live in a trailer park though—
in fact there's not another house around
for miles. But the baby keeps me
company. Rick says I'm becoming
quite a woman, and he's going to let Mama know that
if we ever see her again.
Posted by Martha Silano at 7:30 AM