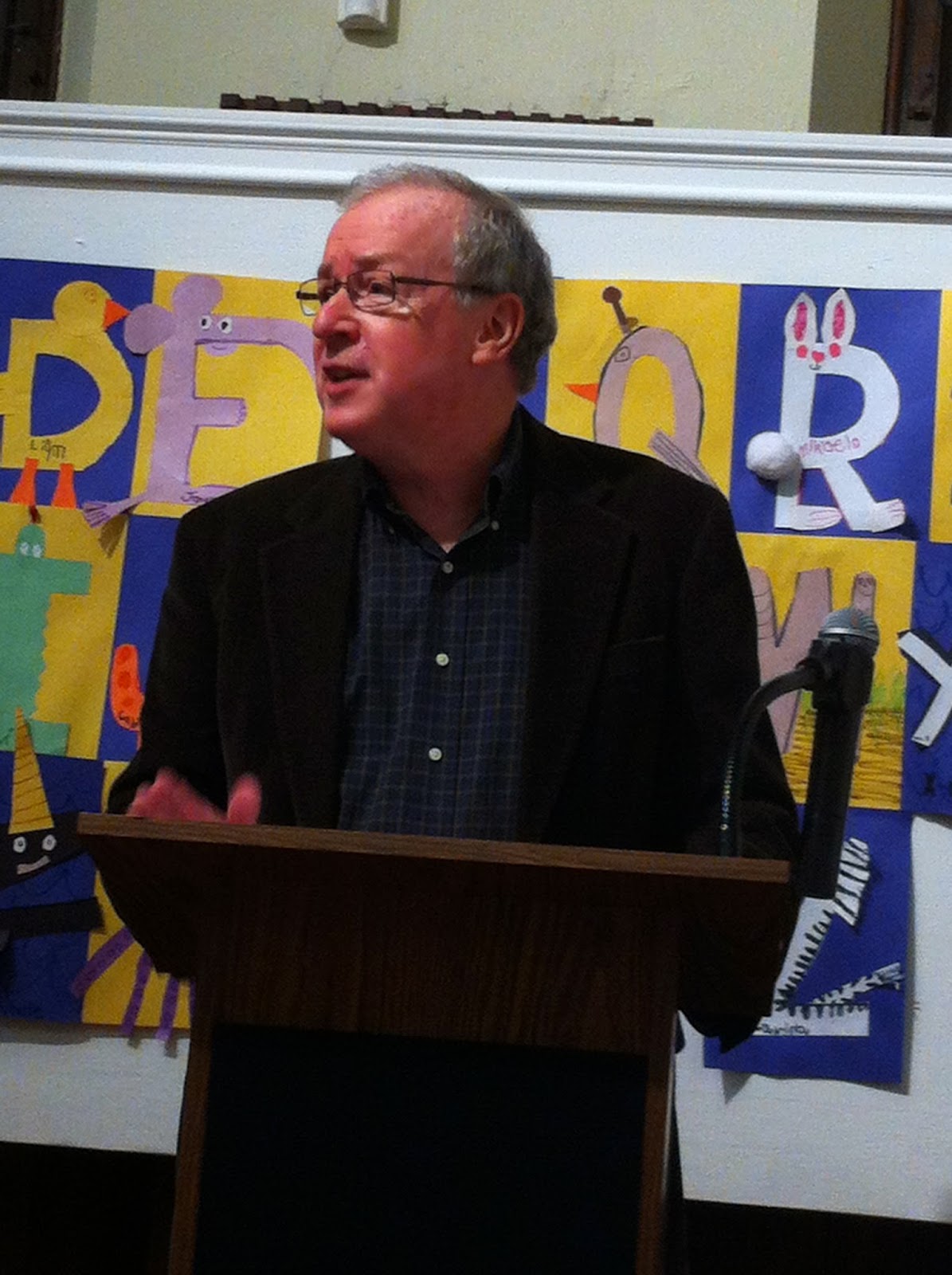 I had not seen him in person since 1978, when I was 16 years old. Edwin Romond was my ninth grade English teacher at Metuchen High School, in Metuchen, New Jersey. Before I had the luck of being taught by Ed, I hadn't  been exposed to the wonders of literary analysis, or the weekly rigors of vocabulary quizzes, or deep discussions about compound vs. compound/complex sentences. I hadn't even written a book report, and I surely would not have understood before stepping into his classroom what was meant by a motif, or foreshadowing, or character analysis in the works of Theodore Dreiser or Arthur Miller.

Ed changed all that.

Between September and the winter holidays, something in me drastically changed. Instead of reading books about my baseball heroes (my first book report was on It Ain't Over Till It's Over), and being somewhat interested in books, I found myself presenting my findings on the notion of the boxed-in motif in Death of a Salesman.

I was too young to be aware that we were in the presence of an incredibly gifted educator, that magic took place in his classroom. I just kept hoping that Romeo and Juliet would somehow not end up dying so tragically, boarding the bus to Edison Valley Playhouse to see the play we'd just read performed on stage.

That was just the normal course of things in Mr. Romond's class. We read books, we cared about the characters as if they were living people, and we discussed the inner workings and construction of great literarure - how all of it demanded to be looked at closely and carefully.

On Fridays we read from a Bantam paperback collection of contemporary poems and lyrics, including John Lennon and Bob Dylan. This was our reward for making it through the week with the harder stuff, I guess, or perhaps Ed wanted to let us know that writers were alive and among us - making poetry, writing songs, though he never mentioned that he was one of them.

I didn't find that out he was a poet until the following year, when he announced to the entire school that Robert Bly would be reading in Highland Park, and we just had to experience this man's amazing poetry.

Who could say no to such an opportunity? I had never heard of Robert Bly, but since Ed was so enthusiastic and insistent, we all piled into my friend's car and met him at the reading.

I had no idea what to expect, but I was ready to take it all in. Bly performed his poems, donning masks and railing against The Establishment. I hadn't known that this was a career option.

The next morning a poem, "The Night of Robert Bly," circulated around school. It was written by Ed, more living proof that poems could be made by not just a well-known poet like Bly, but by someone I knew.

I'd written a few poems but didn't show them to anyone but my closest friends until I enrolled in my first workshop in 1987. Ed was the teacher who pointed the way.

Years later, my mother sent me a clipping from The News Tribune, a long piece about Ed's successes, along with a sampling of poems. A smiled when I saw that a few of them were about baseball.

When I finally got around to contacting him in 2004, he was busy (very busy) with events honoring his teaching run of 32 years, now drawing to a close.

This past Wednesday night we read at the Barron Arts Center, in Woodbridge, NJ. Ed shared poems on a wide range of subjects -- Jesus's puppy, his mother's homemade cookie recipe, a massacre in a one-room school house in Amish country, and a tribute to his most beloved high school teacher. I listened to every luscious word, the voice I remembered so well from that class in the fall of 1976, opening me up to all the possibilities of a life devoted to literature.

Wonderful story.
I hope today's teachers are still able to find enough classroom freedom to be able to change a student's world.